You all have heard the phrase: “fire one across his bow, to get his attention.

Well that appears to be what happen the in the hours after President Trump left the G-7 trade conference in Canada to fly to Singapore to meet With North Korean leader Kim on June 9-10, 2018.

As Air Force One was in the air over the Pacific Ocean, an unauthorized missile was launched from possibly a submarine off the coast of Washington state, according to newly released information.

While not in immediate danger, Air Force One did alter its route as a precaution, the report continues. Just prior to the launch of the missile ex-CIA chief John Brennan tweeted out this message in response to the President’s tweet on G-7 developments:

You’re wrong-headed protectionist policies & antics are damaging our global standing as well as out national interests.Your worldview does not represent American ideals. To our allies & friends: Be patient Mr. Trump is an aberration. The America you once knew will return.

This tweet’s timestamp appears to be within an hour prior to the unauthorized missile launch. I have no information on who broke the chain of command to order the launch, but the whole ordeal has been on radio silence with US news outlets. 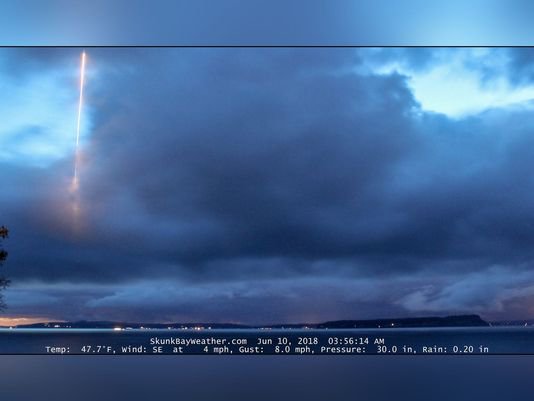 Could this tweet give a good indication of why President Trump threatened to take away security clearances of some former intelligence officials?

The missile was knocked down moments after launch by F-16s interceptors equipped with specialized weapons package, according to the report. One gets a sense, that President Trump is almost literally taking flak over his vow to drain the swamp and kick out the permanent government players.

More to come as news warrants it.