A story broke on Sunday on how Prince Andrew had a falling out with Mossad spy and child sex trafficker Jeffery Epstein in 2011.

The report alleges that Randy Andy knew little of Epstein’s activities despite his conviction of soliciting a child for prostitution in 2008 in Florida.

“At no stage during the limited time I spent with him did I see, witness or suspect any behavior of the sort that subsequently led to his arrest and conviction,” the Prince said.

From my perch across the pond I find this to be more blather to quell the growing investigation into the relationship between the two.

Also Epstein has his claws so deeply into Andrew’s life that the sex trafficker lent his ex-wife Sarah Ferguson, the Duchess of York, $24,000 to pay off debts to staff.

At the time of the revelation, Ferguson told reporters that Prince Andrew arranged the Epstein loan. Again all this occurred after Epstein’s 2008 conviction. 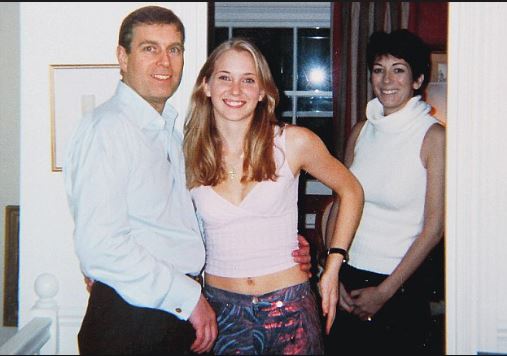 So the story over the weekend of a falling out between the two rings hollow.

Another article, however, does have some legs. This involves MI6 — the British spy agency — being concerned that (get ready for it) THE RUSSIANS may have damning information on Prince Andrew and Epstein from a former Palm Beach, Florida police officer.

As of now we have victim testimony that Randy Andy was with an under-aged girl. We have photos of him on Epstein’s plane with the girl along with Ghislaine Maxwell smiling in the background.

So what would have MI6 being concerned about other information being in the hands of the Russians?

I’ll venture a guess that Epstein and Maxwell set up Andrew early on in their child-sex blackmail scheme to plum the prince for information obtained from the British spy agencies.

This scenario rings true to me given my previous reporting here.

The royals have a long history of working with GCHQ, the parent agency of MI5 and MI6. In fact the future king Prince William just this year completed a three week secret stint at the spy palace.

I’m sure like all of Epstein’s other stories, the spying operation will never get out to the public, but does ring true if you look just one level deeper.