It appears there is already a unredacted copy of the Carter Page FISA application sitting on a New York Times newsroom server courtesy of former Washington bureau reporter Ali Watkins, according to a recent report.

Watkins, 26, you may remember was the ex-Buzzfeed, ex-Huff-Po, ex-Politico reporter, who has admitted to having a three-year affair with James Wolfe, a high-ranking aide on the Senate Intelligence Committee. Wolfe, 58, was charged with lying to the FBI during its Intelligence committee leak probe 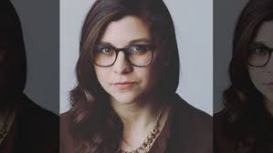 During this time Watkins was a finalist for a Pulitzer prize for her writing on the intelligence community.

As part of the leak probe Watkins, then working for the New York Times had her emails and other correspondences with Wolfe seized as part of the investigation.

Federal prosecutors have a very high bar to hurdle in order for a grand jury to subpoena a reporters phone and text messages, which the Intelligence leak probe accomplished. Watkins did not inform the Times of this subpoena until the paper was about to write about Wolfe being charged, some months later on advice from her lawyer.

As part of that investigation, it is alleged by the blog site The Conservative Treehouse, that Wolfe sent Watkins 82 images of the 83-page Page FISA application. One page was blank in the document.

Is this the reason Watkins was only reassigned by the Times after confessing to sleeping with a source?

Did the Times want to hold on to the images or was it as Executive Editor Dean Baquet said at the time, “I also believe that The Times must be a humane place that can allow for second chances when there are mitigating circumstances.”

The “mitigating circumstances” may very well be the unredacted FISA application images.

The second chance alluded to by Baquet  had many in the Times newsroom questioning why she would be kept on staff after admitting to such offenses.

However, Watkins is now writing about bees swarming a hot-dog cart in Times Square, which seems to me to be a stinging rebuke for her journalistic mistakes.